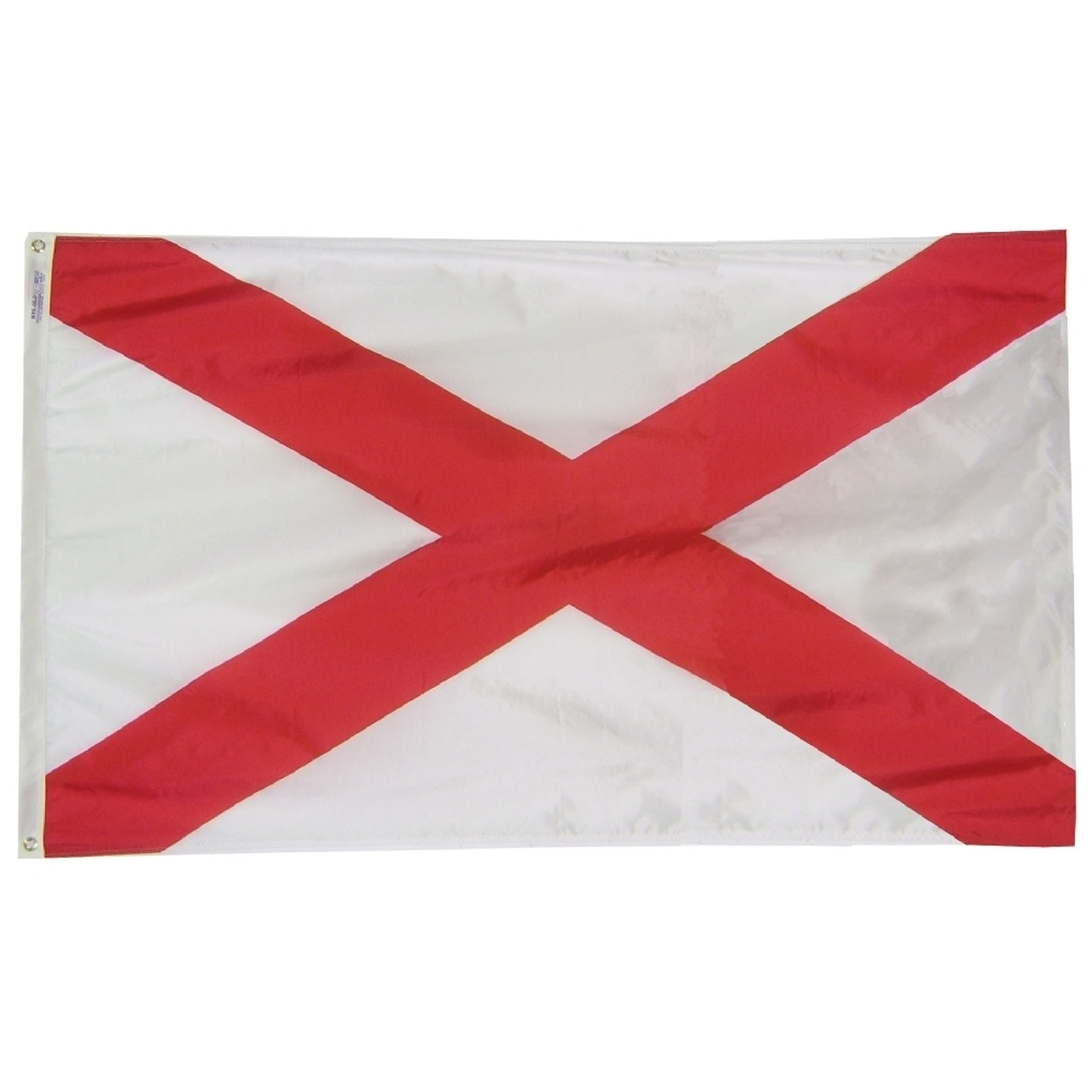 The flag of Alabama is a reminder of the Confederate Battle Flag used during the Civil War. The current flag was adopted in 1895 and is a crimson cross on a white field. Although it is square, law does not lay down the dimensions. The state governor's flag is almost identical, except for carrying the state seal in the top triangle and the state crest, a boll of cotton, in the lower one.

The flag of Alabama also has its own official salute, much like the Pledge of Allegiance but much shorter: "Flag of Alabama I salute thee. To thee I pledge my allegiance, my service, and my life."