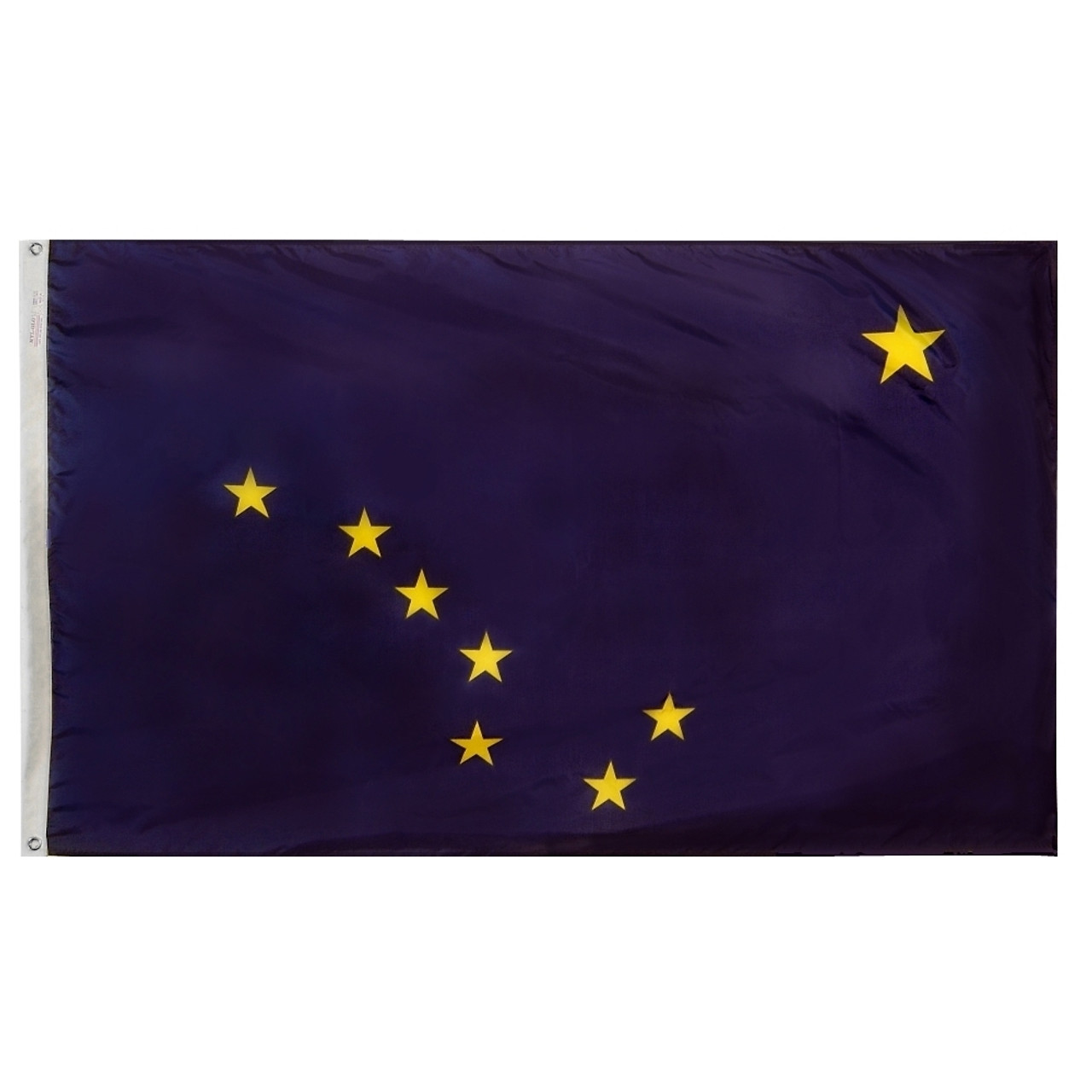 In 1927 the competition to design a flag for Alaska was won by 13-year-old Benny Benson who got his inspiration from Alaska's northerly position.

The flag shows the large North Star with the Great Bear below it. When Alaska was given statehood in 1959 the flag remained the same. The stars are the yellow color of natural gold and the field is the same blue as appears on the Stars and Stripes.