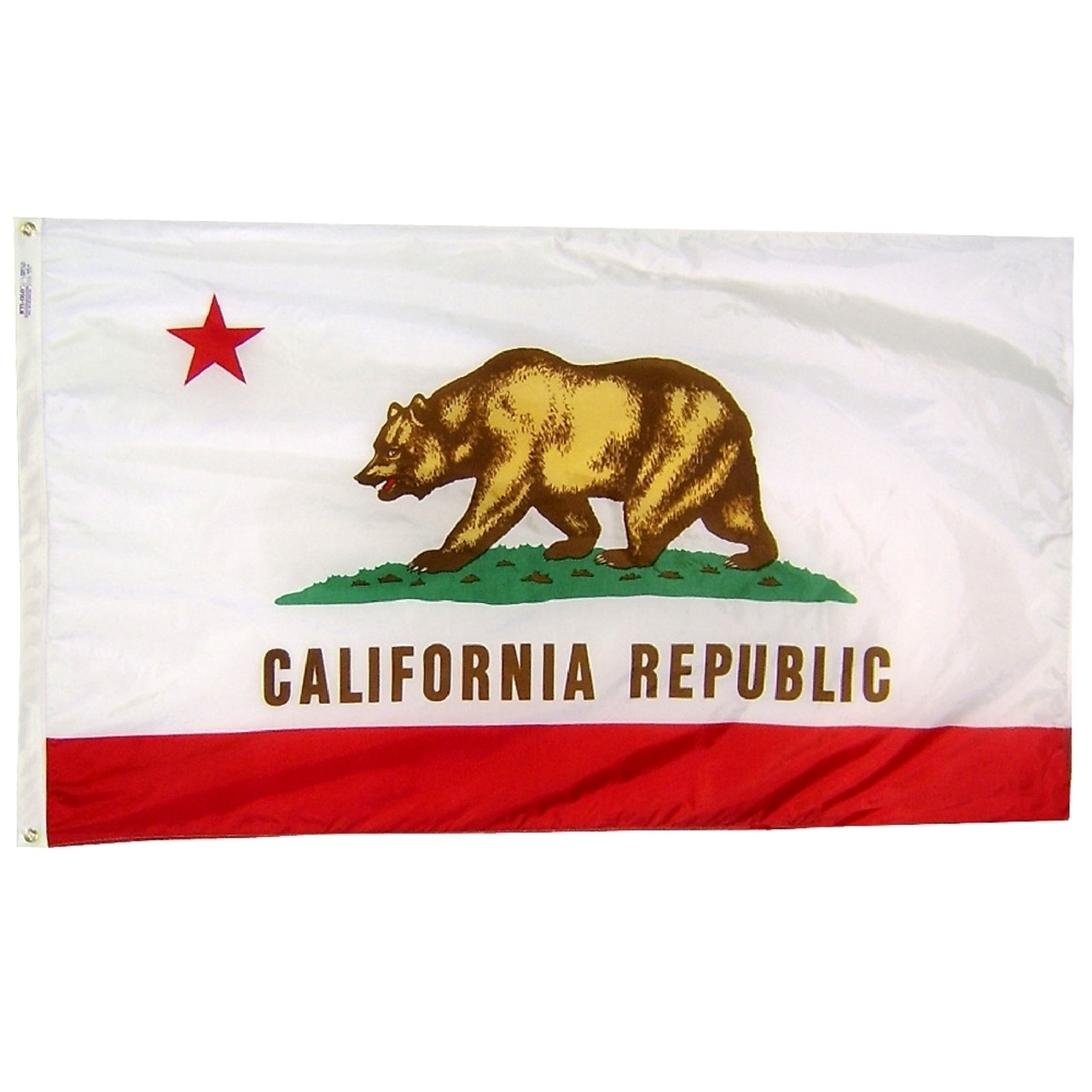 The current flag of California is meant to be a recreation of the original Californian flag that was lost in the devastating earthquake of 1906. California was without a state flag until 1911. The grizzly bear that appears on the white field is now extinct but in 1846 would have been an ideal symbol of ferocity. Adopted in 1849, the grizzly bear also appears in the state seal.