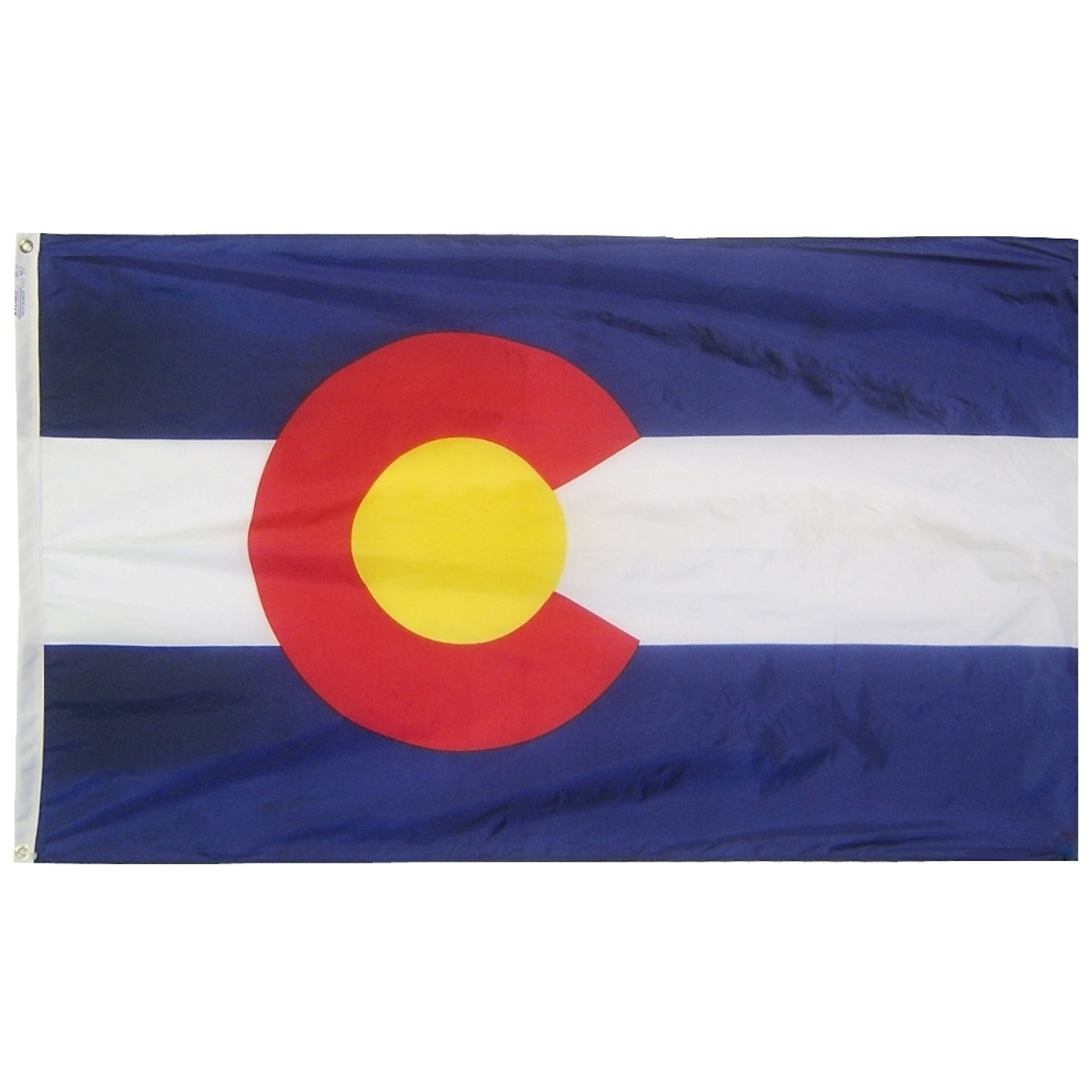 When Colorado entered the Union in 1876 it was known as the Centennial State or the Columbine State, so the red C can stand for either of those names or for the state itself. For many years Colorado was ruled by Spain, the name meaning red. Like Arizona, the red and yellow recall the Spanish colors. The Rocky Mountain Columbine is blue, white, and gold so these colors are reflected in the flag. The gold can also represent the founding of Denver following the gold rush of 1858.