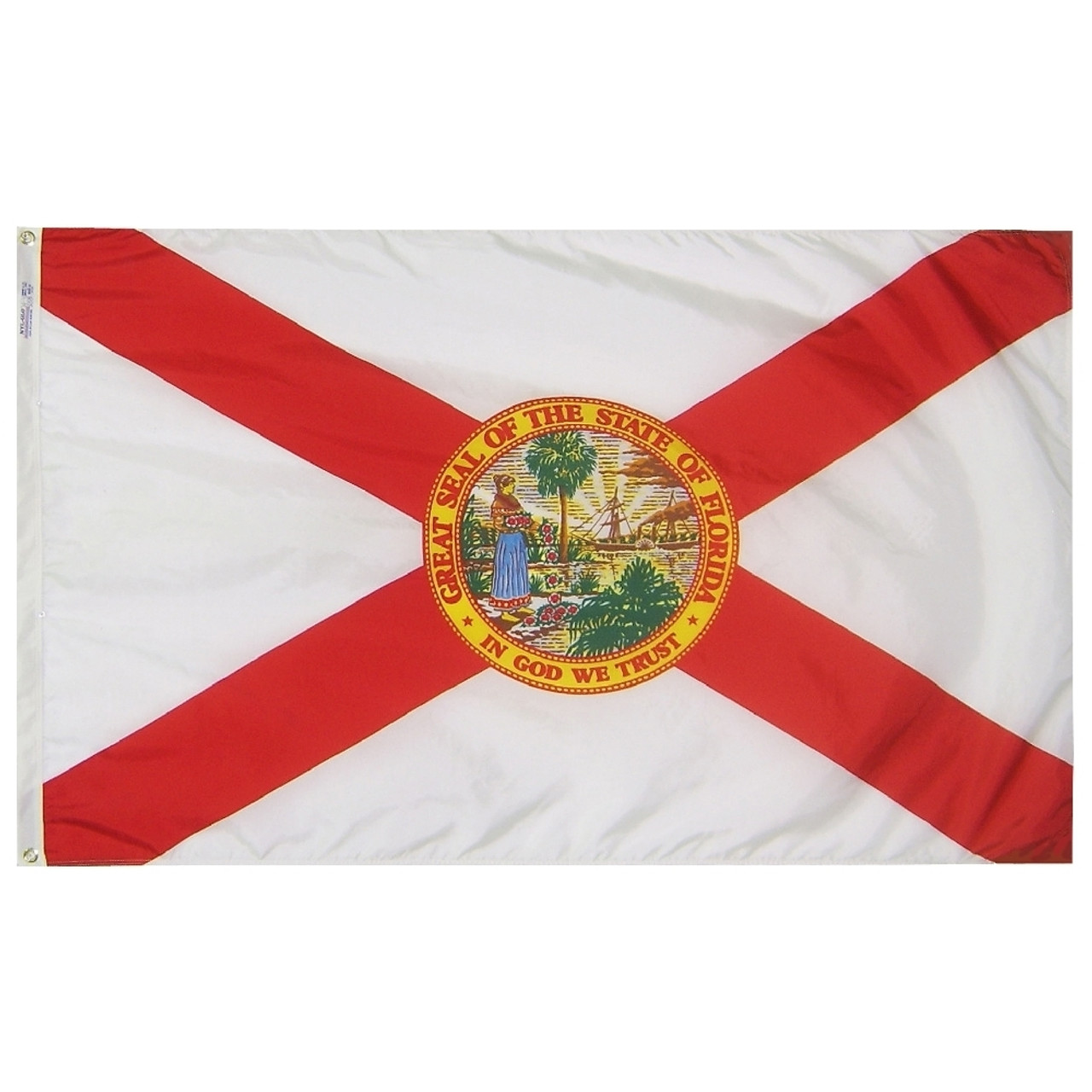 Florida created a new state seal after it seceded from the Union in 1861, and made final modifications to the seal in 1970. Florida Governor Francis P. Fleming, who thought that the predominately white flag looked too much like the traditional flag of surrender, added the red cross of St. Andrew to the white flag with the state seal in the middle. According to Florida law, the most current state seal must always grace the state flag, and must be one-half the hoist and occupy the center of a white ground.