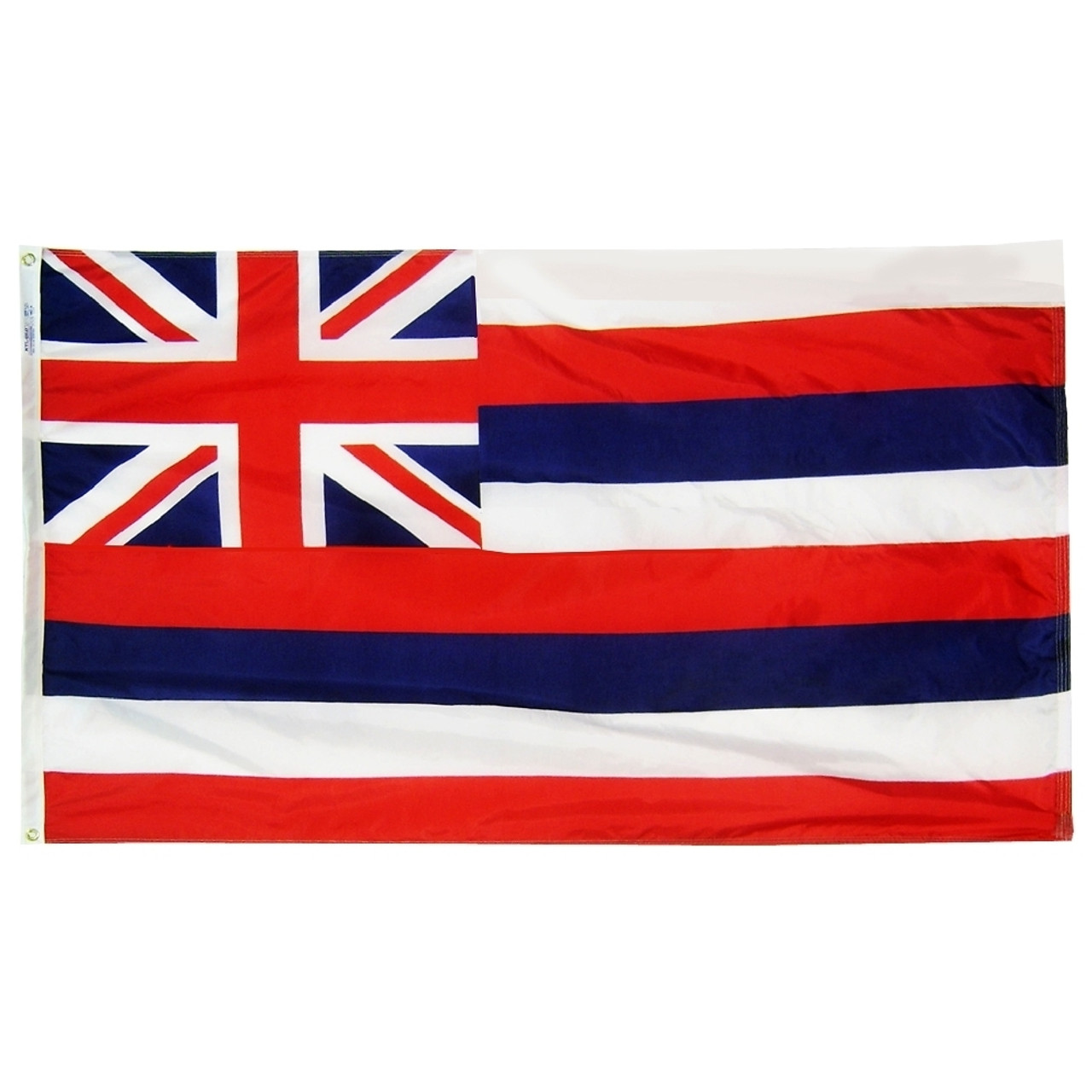 The Union Jack was Hawaii's flag until 1816 when Hawaii was under British protection. The Union Jack remains in the canton of the Hawaii flag, the rest of the flag consisting of varying numbers of red, white and blue stripes. In 1845 the number of stripes became eight, each stripe representing one of the main islands in the Hawaiian chain.