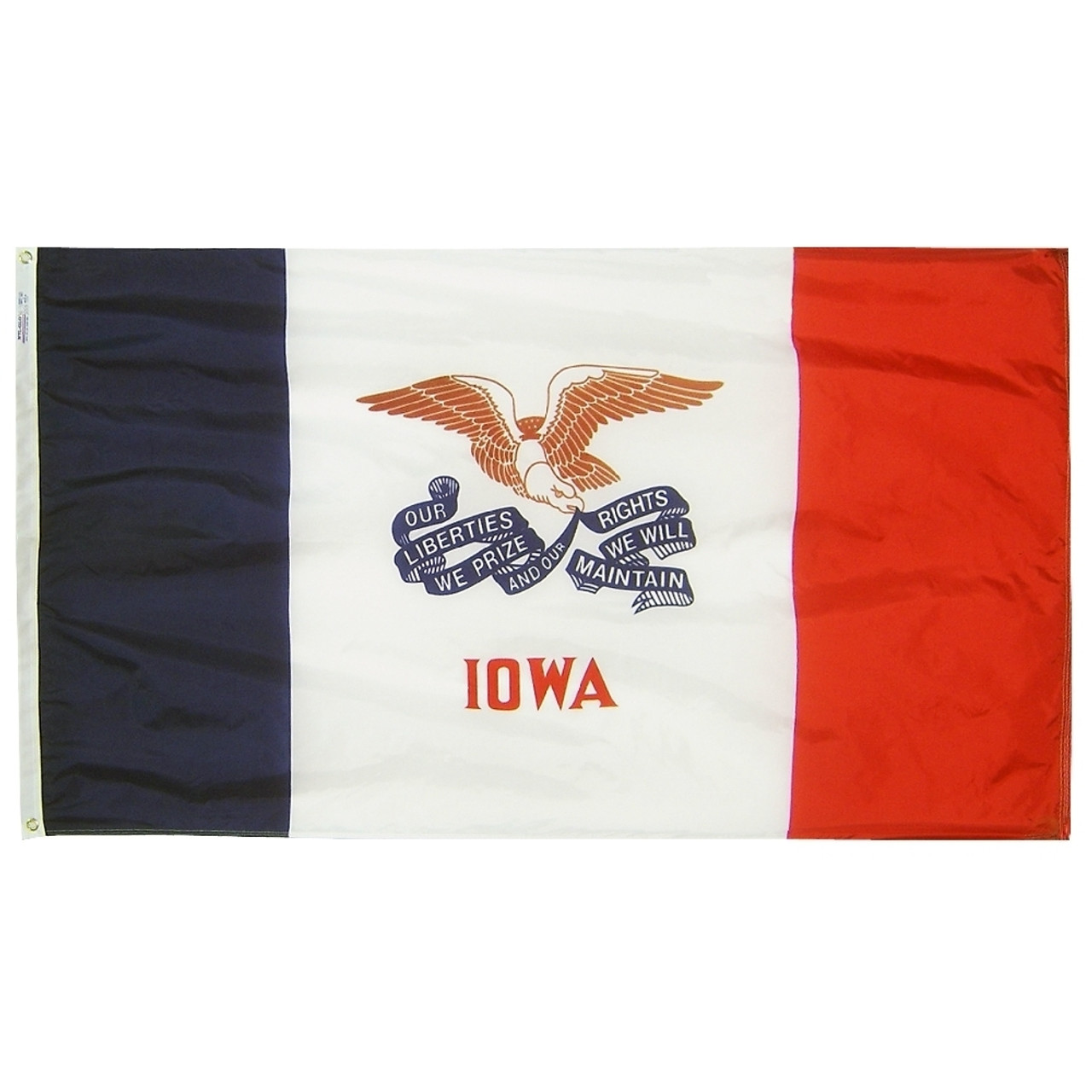 The Daughters of the American Revolution organized another state flag contest won by DAR member Dixie Cornell Gebhardt in 1917. The winning flag design, adopted in 1921, is on a background of three vertical red, white and blue stripes representing Iowa's part in the 1803 Louisiana Purchase. The blue stripe represents loyalty, truth and justice, the white stripe signifies purity, and the red stripe stands for courage. A flying eagle with a scroll in its mouth taken from the state seal is centered on the flag above the word IOWA.