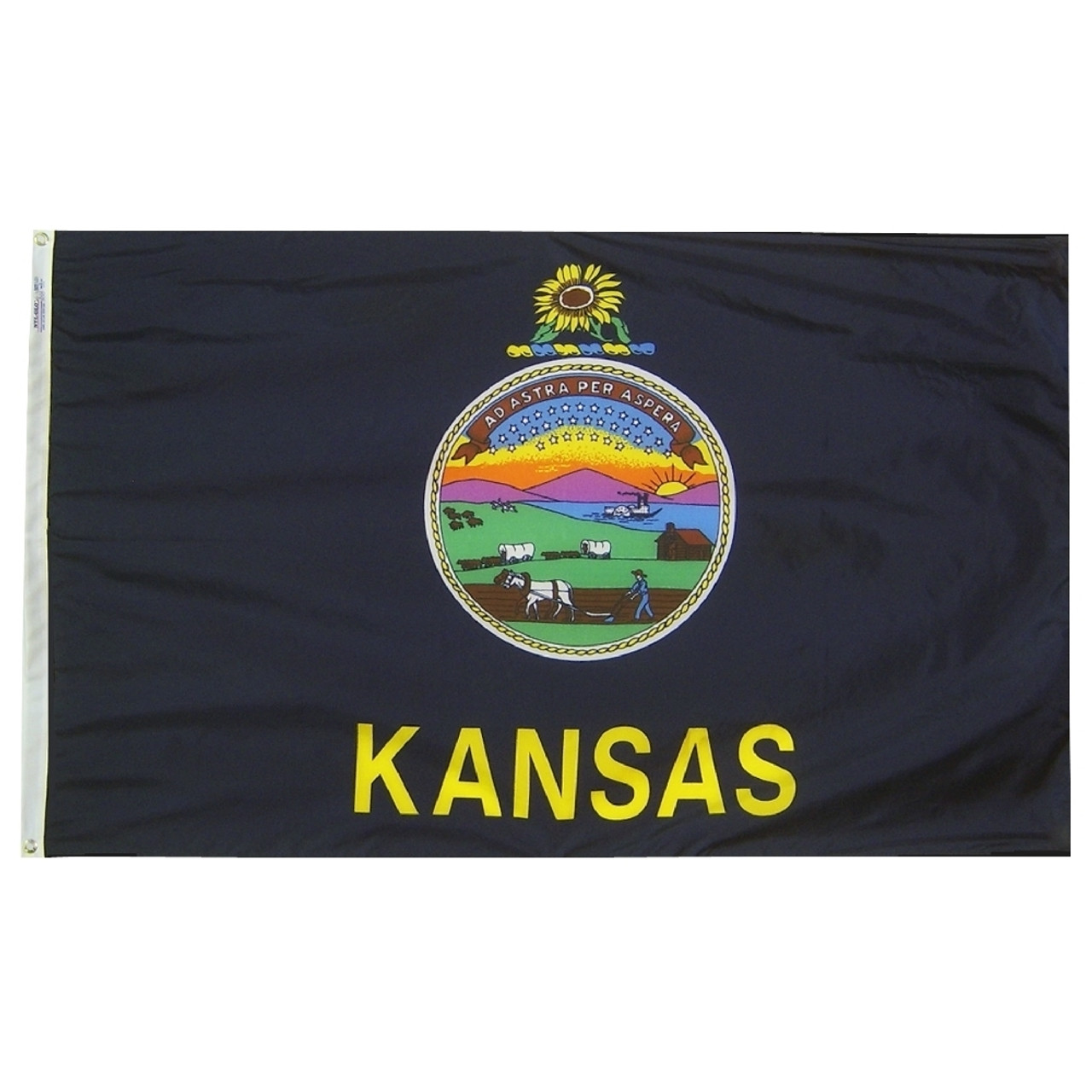 The Kansas state flag shows the state seal, which shows a rising sun, and the 34 stars symbolize the states that were in the Union in 1861. The state seal shows a ploughman preparing the field for planting. The native wild sunflower resting on a twisted wreath of blue and gold shown on the blue field was adopted as the state flower in 1903. The state name was added in gold capital letters in 1963.