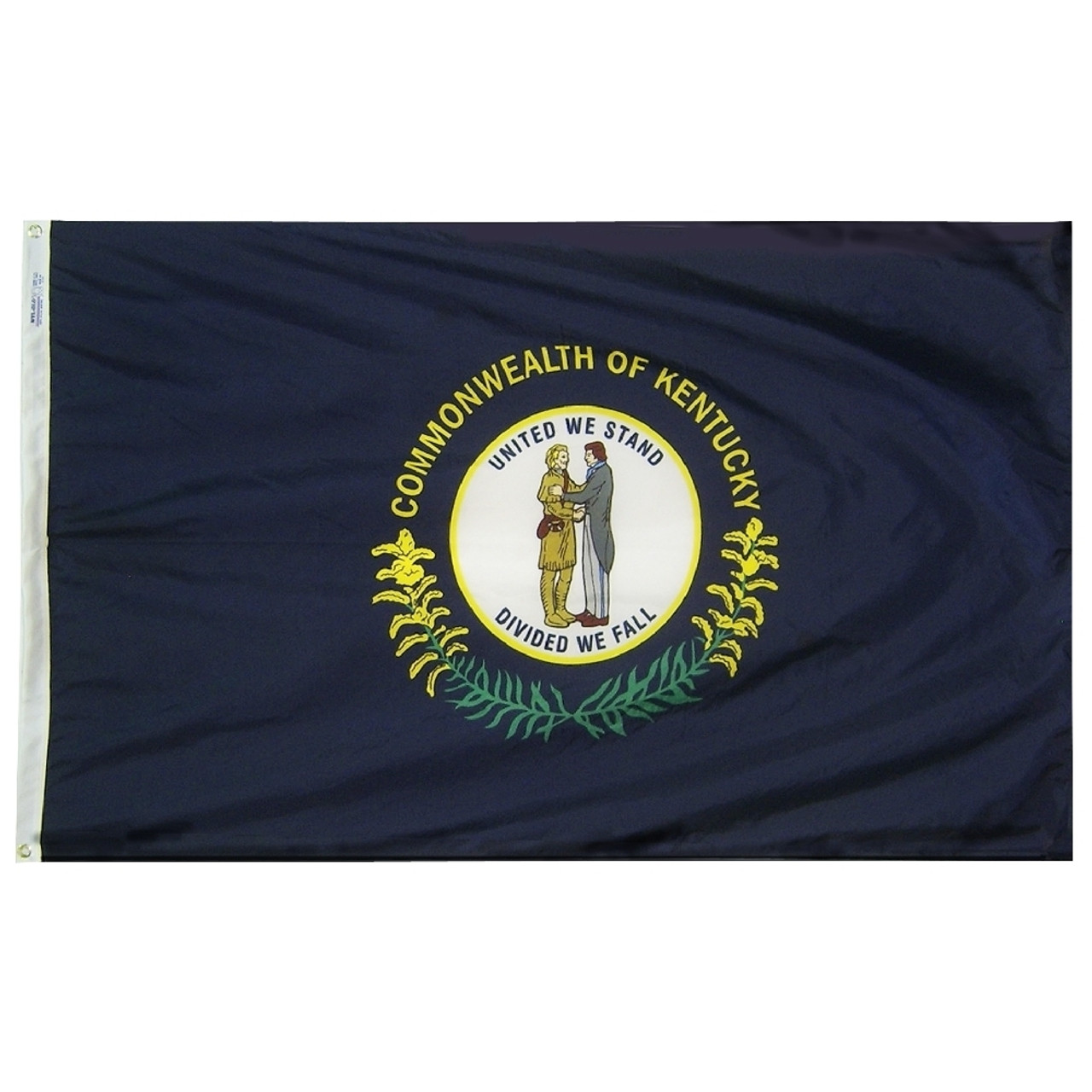 The Kentucky state flag shows a simplified version of the state seal depicting "two friends embracing" centered on a blue field. The "Commonwealth of Kentucky" appears in gold lettering around the top half of the seal with two sprigs of the state flower, goldenrod form an arc around the bottom of the seal.