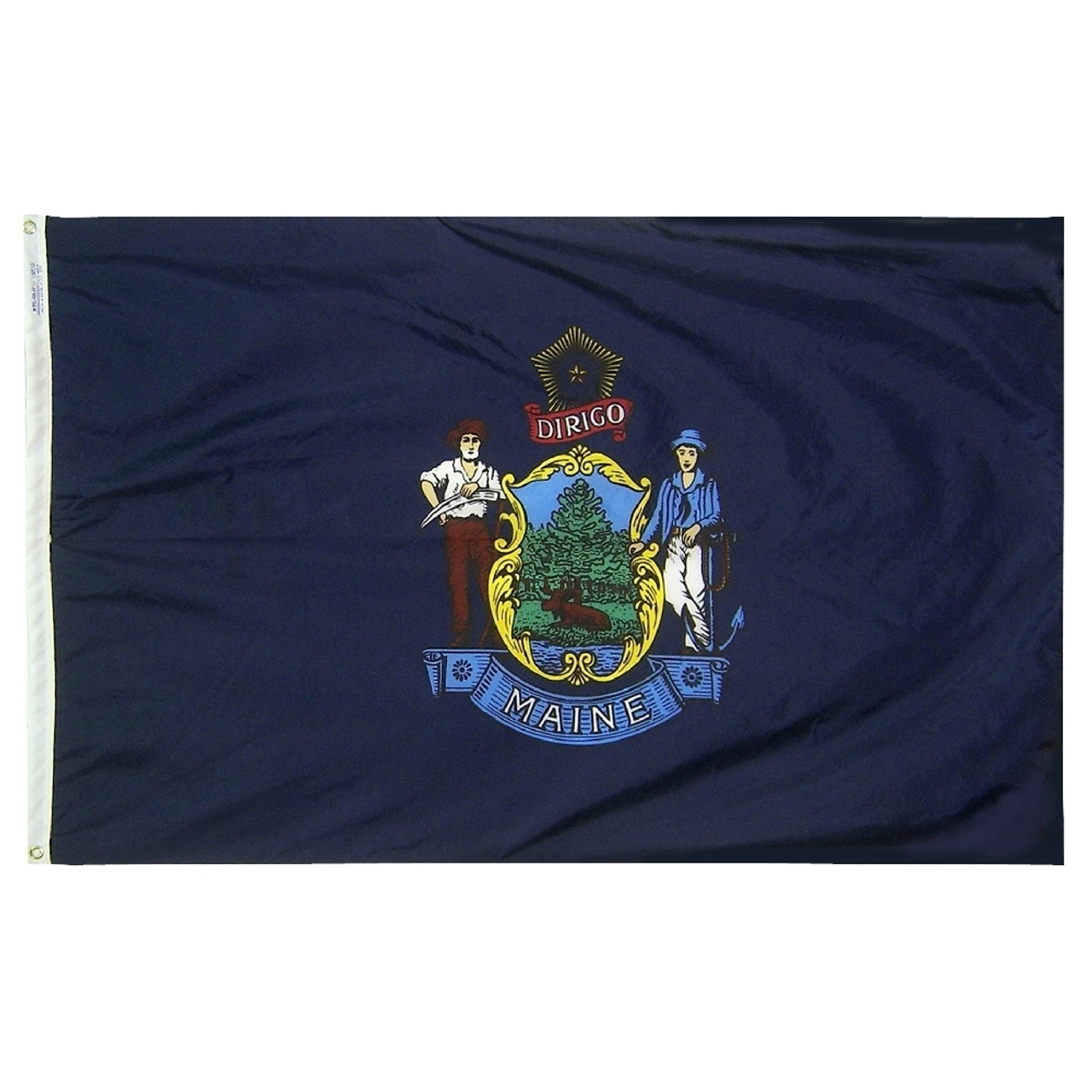 Although a second Maine state flag was adopted in 1901, this flag is rarely seen. This flag shows a pine tree in the center of a buff background, with the North Star in blue within the canton. The first and almost exclusively still-used flag features the state seal of 1820. The design shows the White Pine state tree with an indigenous moose beneath it on a shield. On either side of the shield are a farmer and a sailor, depicting Maine's agricultural and maritime bases. The North Star indicates that Maine was the northernmost state when it joined the Union. The state motto "Dirigo" meaning "I direct" is above the shield, the state name is below.