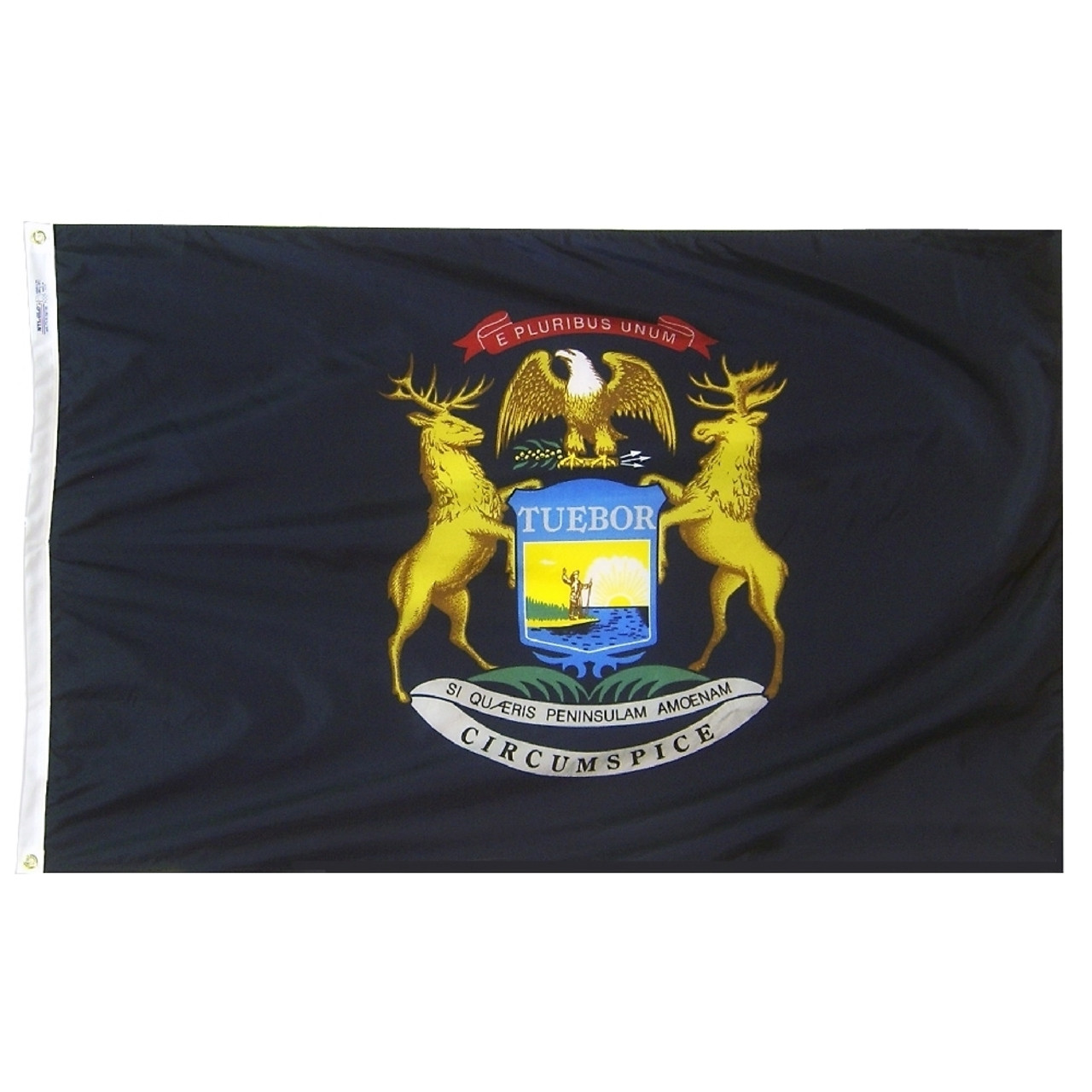 Michigan's third and current flag was adopted in 1911. It consists of the state seal on a blue field. In the seal, a moose and elk support a shield with a picture of man waving on the shores of Lake Michigan with a sun rising behind him. Inscriptions in Latin translate into "If you are seeking a pleasant peninsula, look around you," "I will defend," and the most famous Latin quote in the United States "E Pluribus Unum," meaning "From one, many."