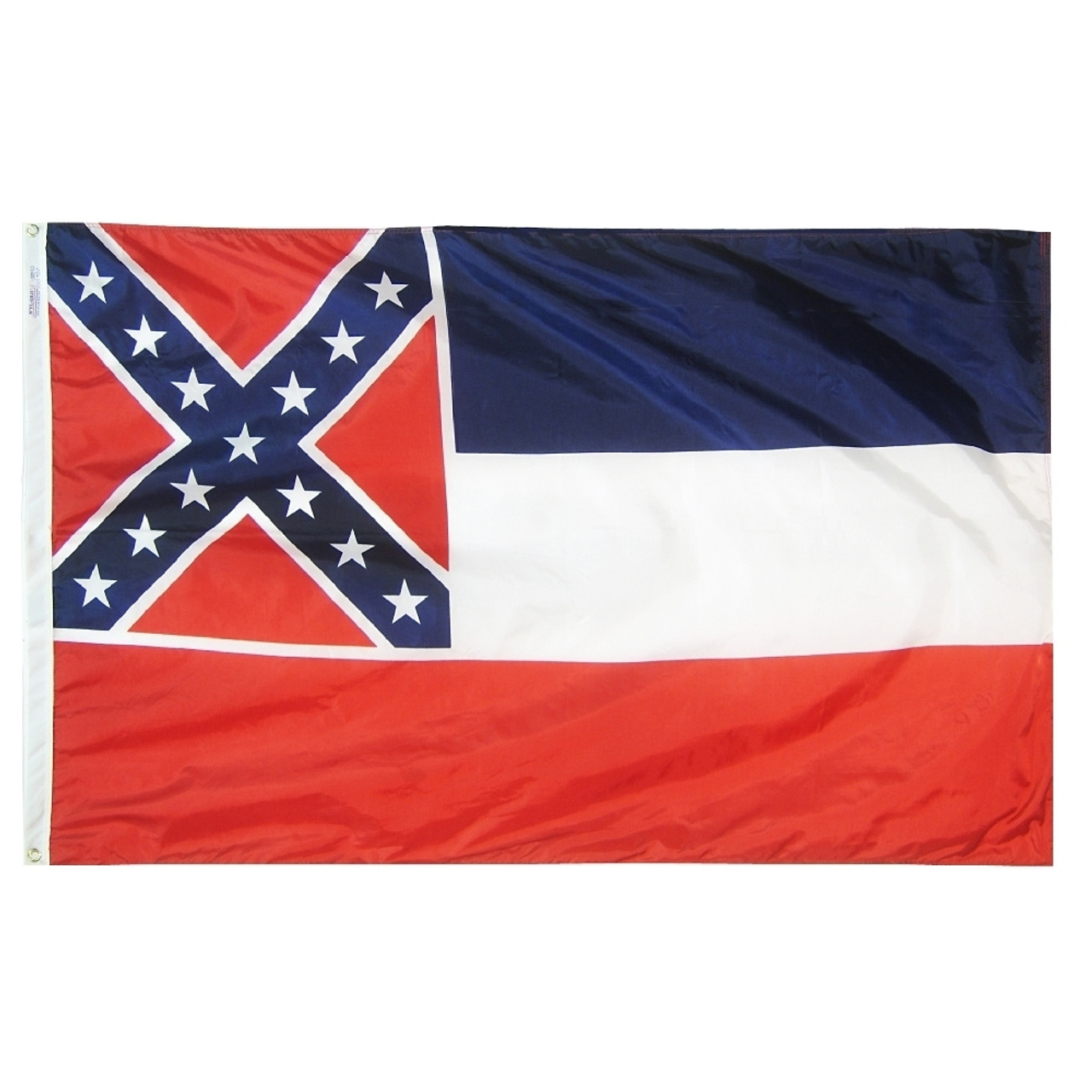 The Mississippi state flag was adopted in 1894 and remains one of the most controversial flags in the U.S. The controversy revolves around the Confederate Battle flag as the canton. Mississippi is now the only state to feature the Confederate Battle flag so prominently, citizens voted in 2001 not to change the flag. The remainder of the flag is similar to the Stars and Bars, except the upper stripe is blue.