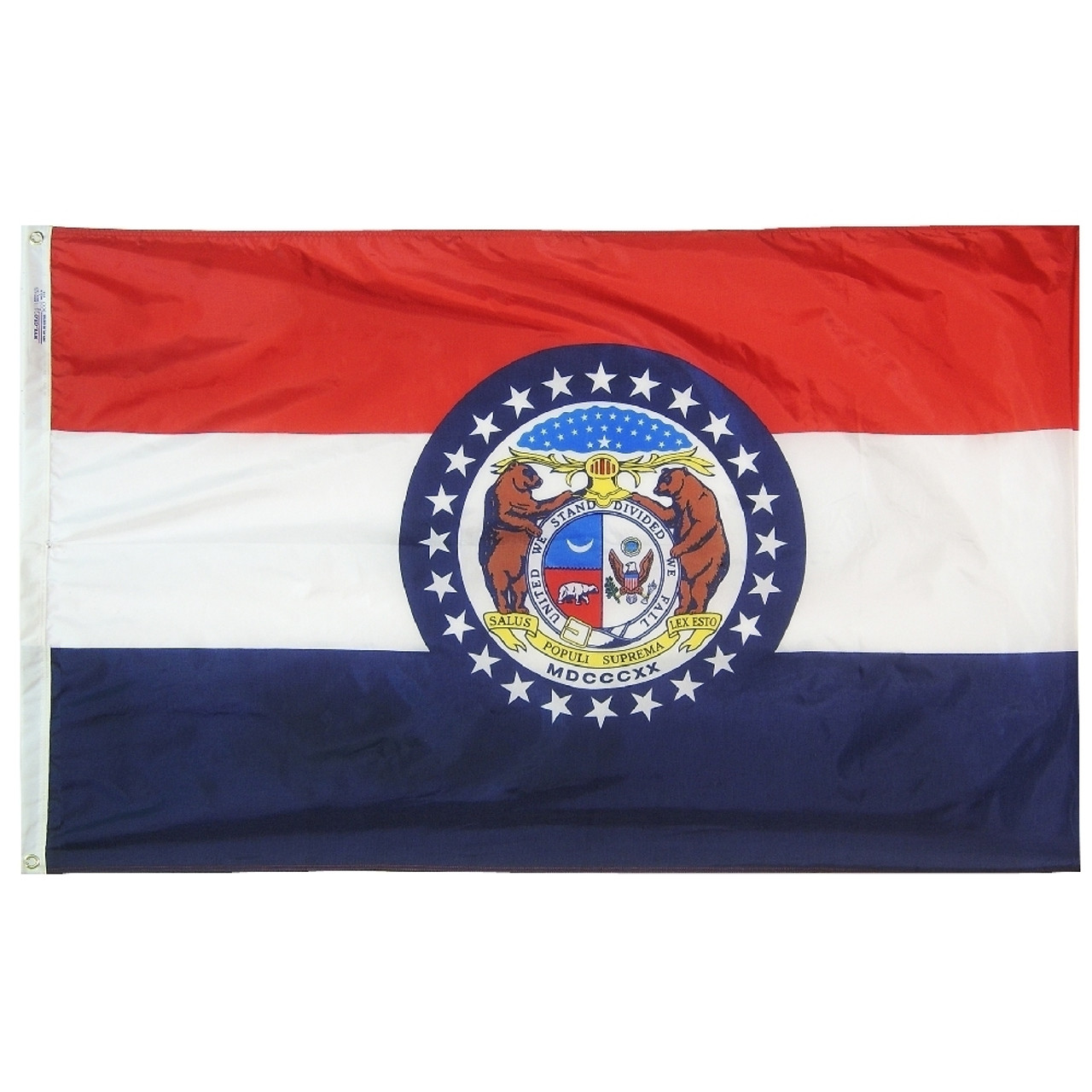 The Missouri state flag is another Daughter of the American Revolution designed flag consisting of the state seal centered on a field of three horizontal stripes of the French flag's red, white and blue, acknowledging that the land was sold to the U.S. as part of the Louisiana Purchase. Missouri was the twenty-fourth state to join the Union, resulting in the twenty-four stars in both the ring around the state seal design and in the blue sky above the arms. In the center of the seal, two grizzly bears representing courage support a shield. The right side of the shield represents the U.S. depicting its arms, the left side of the shield symbolizing Missouri. The upper left side of the shield shows a crescent, the bottom has a grizzly. The state motto "Salus populi suprema lex esto" ("Let the welfare of the people be the supreme law") is in a scroll beneath the shield, and the phrase "United We Stand, Divided We Fall" encircles it. Below the scroll is the date 1820 in Roman numerals. The year 1820 is the date of the Missouri Compromise, which enabled Missouri to become a member of the United States.