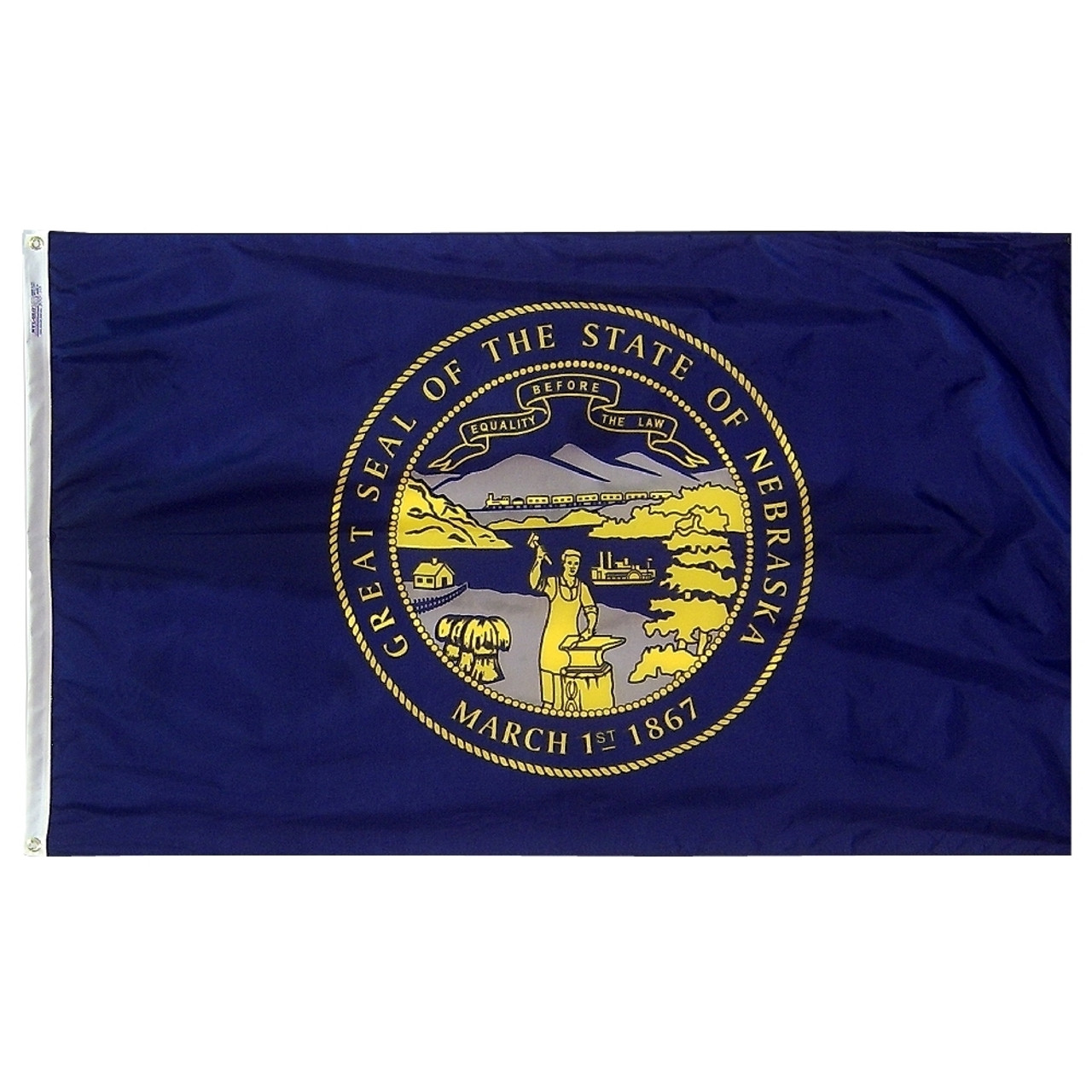 The Nebraska state flag consists of the state seal on a blue field. In the seal a train runs in the background long the Rocky Mountain foothills and a steamboat crosses the Missouri River. In the foreground, a blacksmith hammers his anvil slightly in front of wheat and cornstalks. The state motto, "Equality before the law" in a scroll at the top of the seal, and 1867, Nebraska's date of entry into the Union appears at the bottom of the rim.