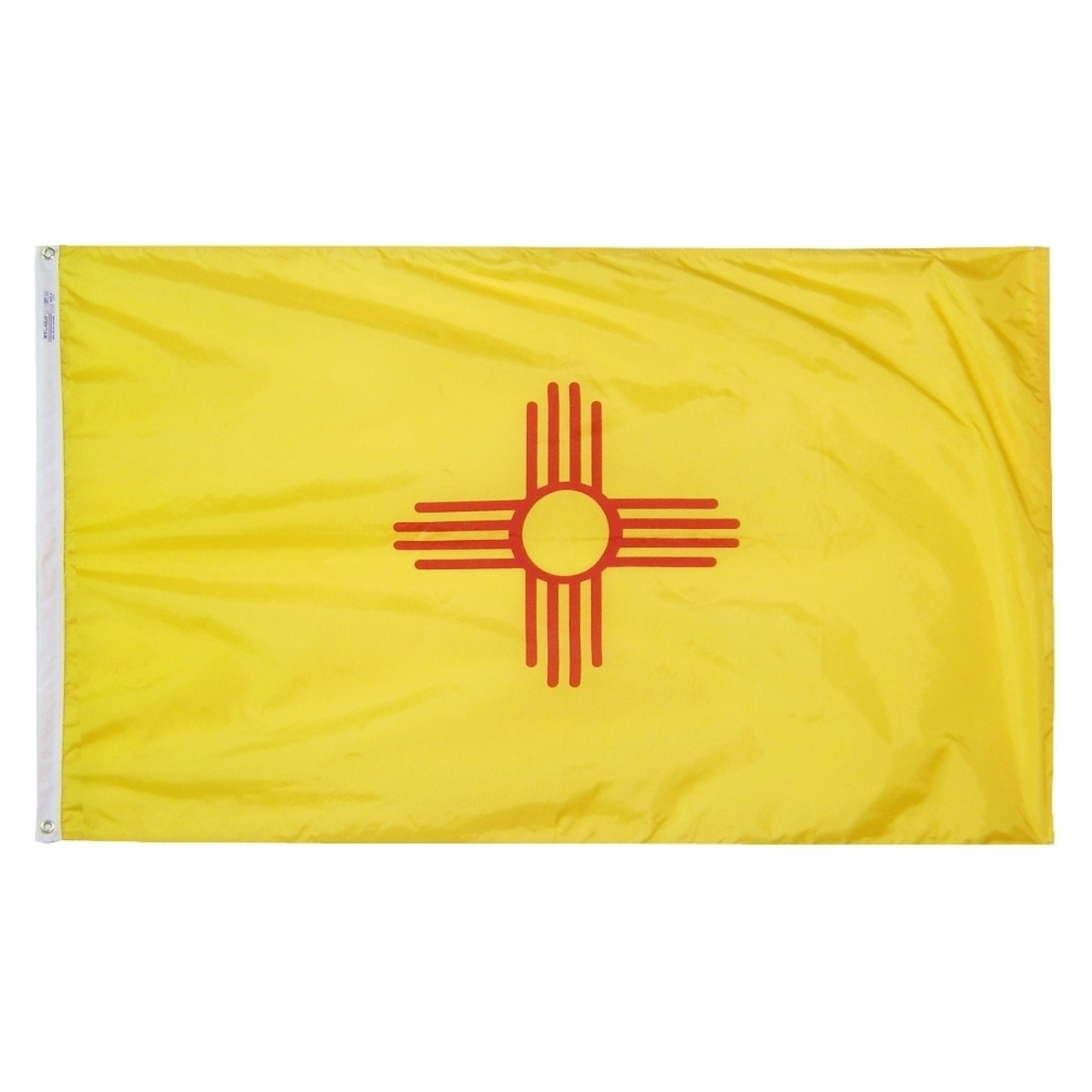 The New Mexico state flag was designed by archaeologist Dr. Harry Mera in response to a flag contest sponsored by the Daughters of the American Revolution in 1923. It is a simple design of the Zia Indian's sun symbol in red on a yellow field. The Zia sun symbol reflects the Zia philosophy of the basic harmony of the universe; all centering on the sacred number four. Four represents many things including the four seasons, the four directions of the Earth, and the four stages of life (childhood, youth, adulthood and old age).