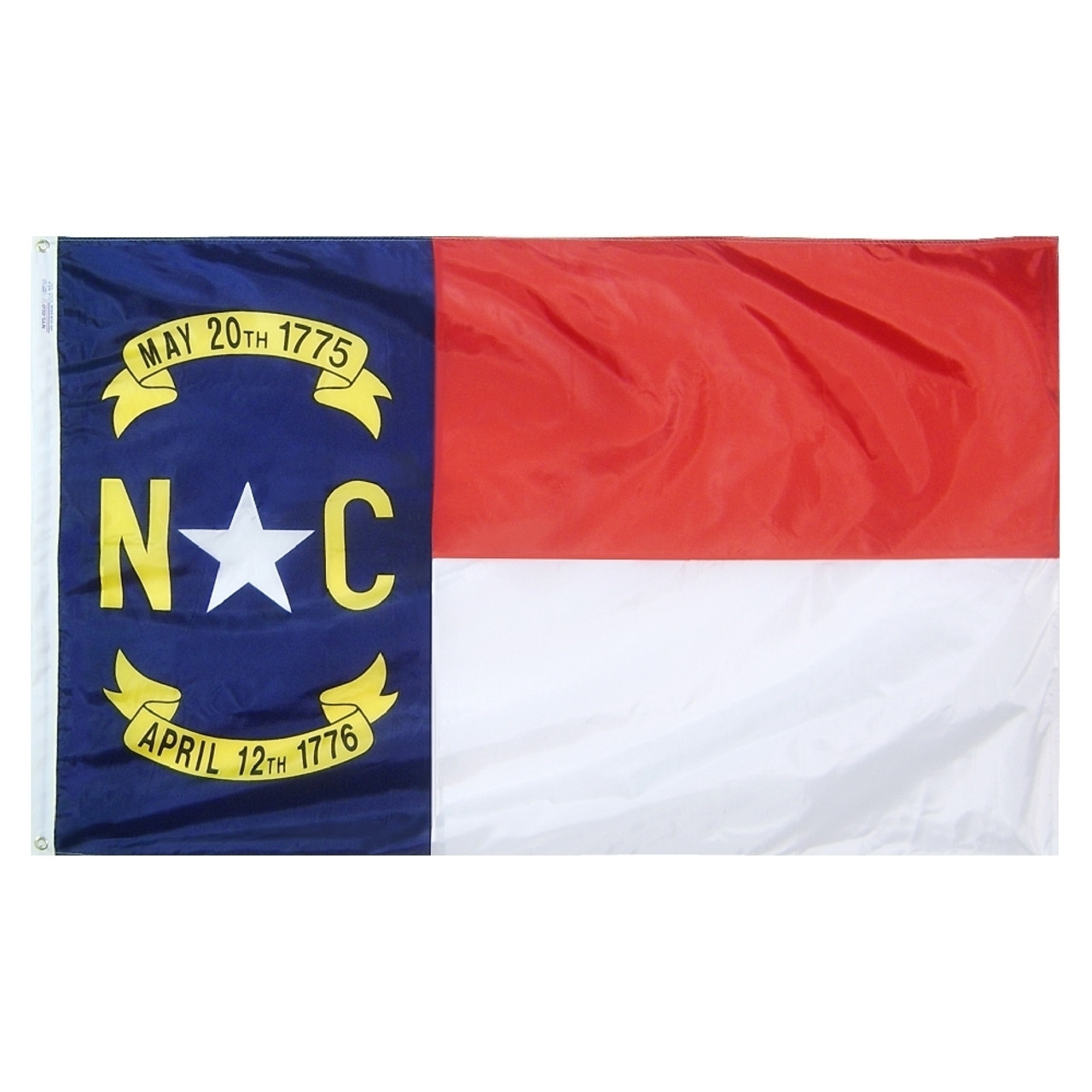 The North Carolina state flag was revised in 1885 when the background became a blue vertical stripe at the hoist, and two horizontal stripes, red over white. In the blue stripe a white star separates the letters N and C. Two scrolls with dates appear over and under the letters NC. The scroll above contains the date " May 20, 1775" signifying the Mecklenburg Declaration of Independence. Local folklore states that the residents of Mecklenburg County were the first in the country to proclaim their independence from England. The date below is that of the Halifax Resolves, April 12, 1776. The Halifax Resolves stated that the colony leaders would meet to establish independence and to organize themselves into a nation.