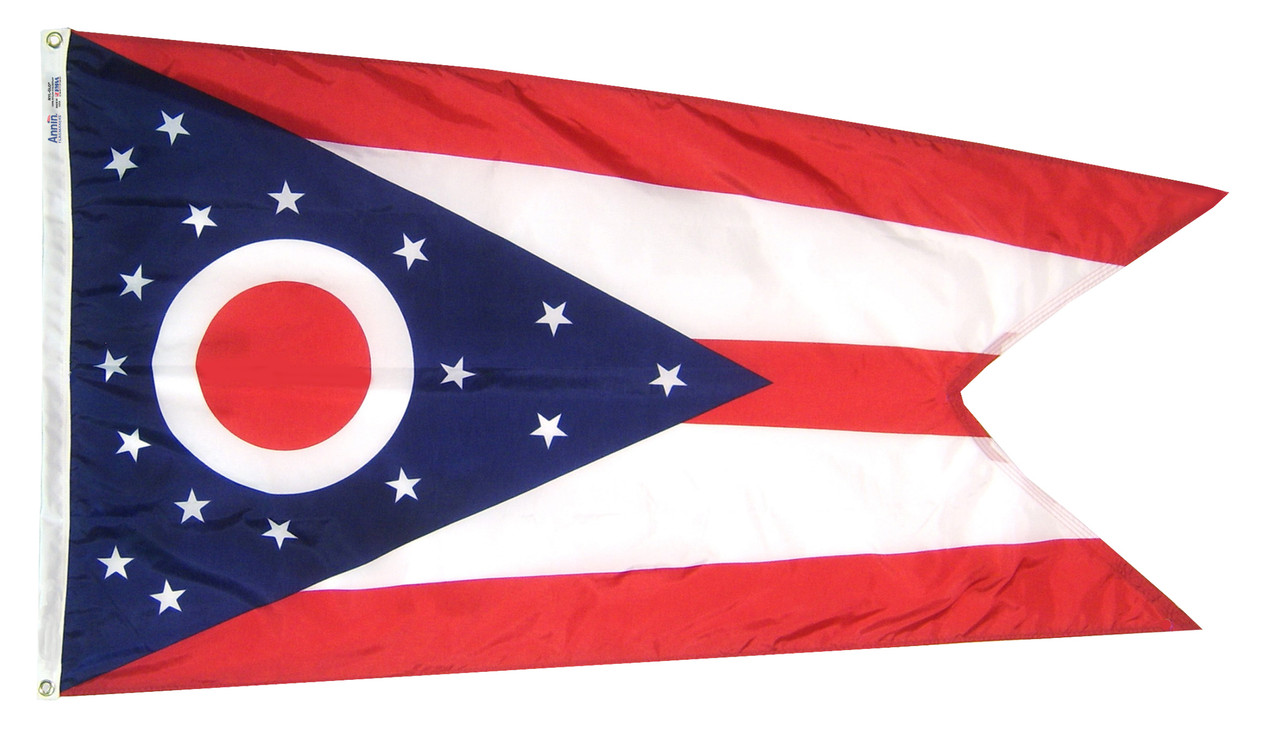 Ohio's state flag was adopted in 1902 and is the only state flag that is not rectangular. Architect John Eisemann designed the Ohio state burgee (a pennant with a swallowtail tip.) The "O" in the center of the blue field is thought to represent both the name Ohio and the buckeye. The buckeye is a round nut from the buckeye tree found in abundance in Ohio giving it its nickname "The Buckeye State." Thirteen white stars surround the letter O representing the original thirteen states. Four separate stars sit alone to the rightmost part of field, representing the four states joining the Union after the original thirteen: Vermont, Kentucky, Tennessee, and Ohio. Five red and white stripes complete the Ohio state flag.