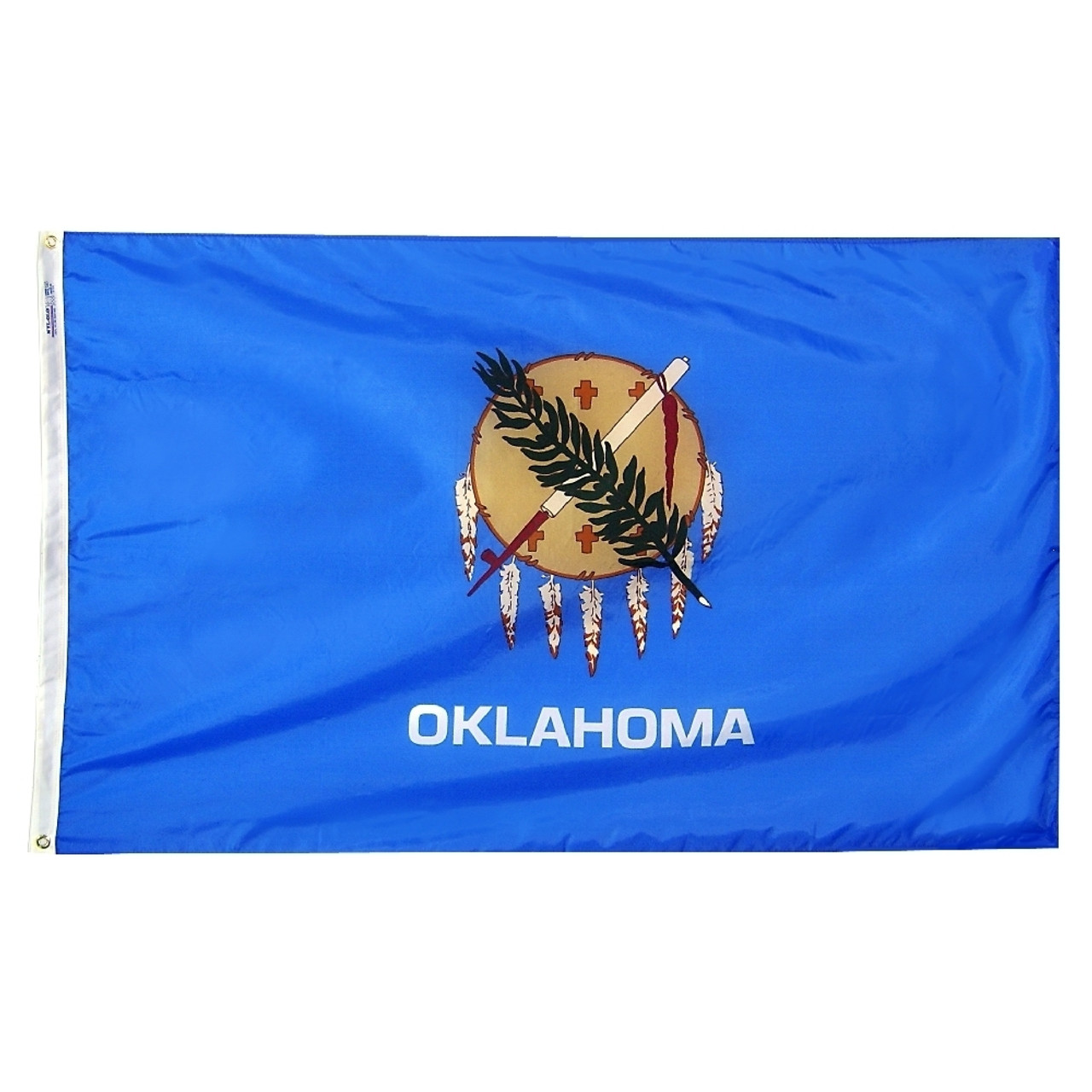 The Oklahoma state flag was designed by Luise Fluke and Dr. Joseph Thoburn and adopted in 1925 for a Daughters of the American Revolution competition. The name of the state was added in 1941. The design consists of an Osage war shield crossed by an olive branch and a peace pipe on a light blue field. The blue was derived from the flag the Choctaw flew during the Civil War.