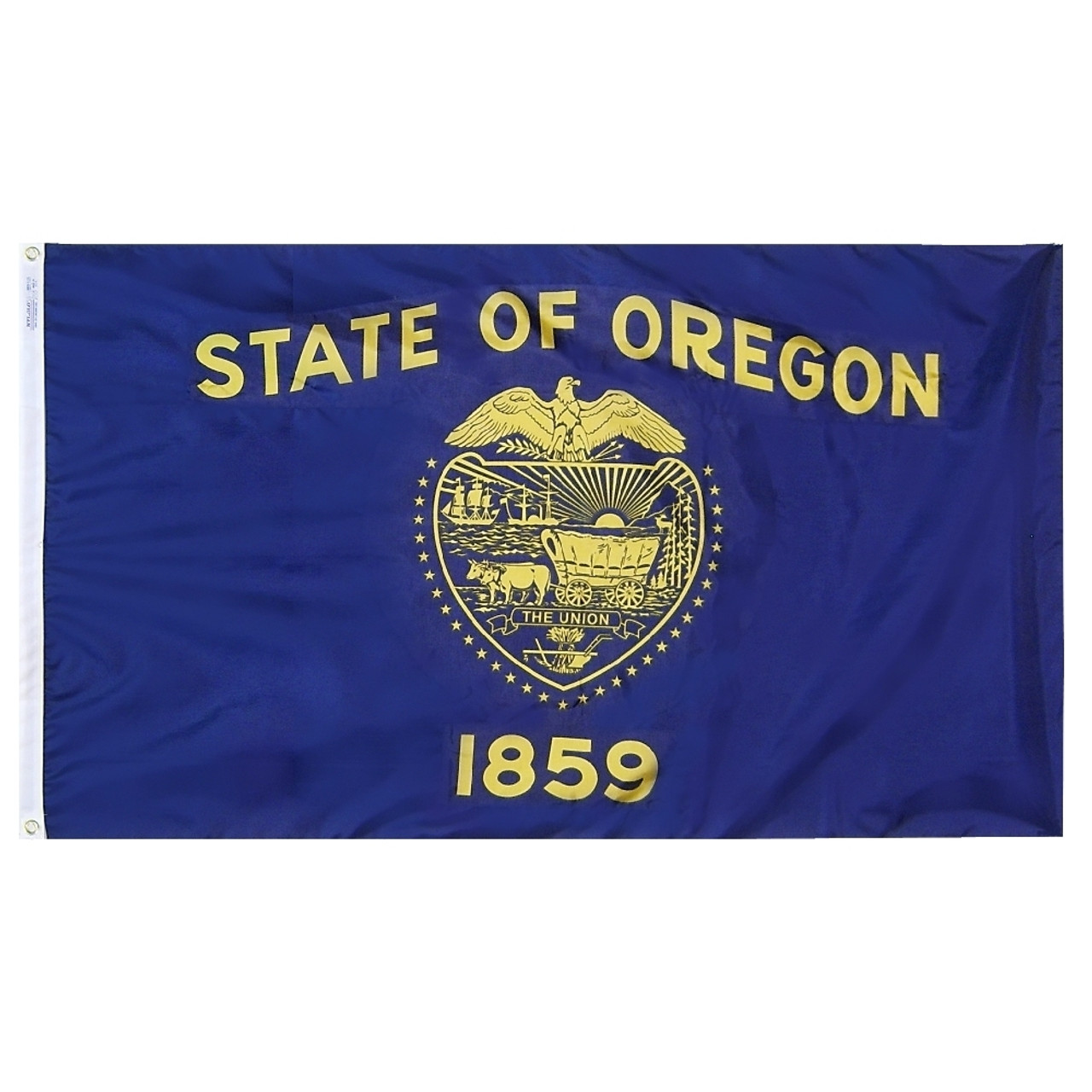 The Oregon state flag is the only state flag with different designs on each side. The Virginia state flag has a reverse side to its seal, but it is not seen on any flag. On the obverse, the central part of the state seal appears. Thirty-three stars representing the number of states in the Union when Oregon won admittance surround a heart-shaped shield. The shield image is of a wagon train arriving at the Pacific Ocean with a rising sun in the background. A scroll bears the state motto "The Union" and the name and date are above and below the seal. The reverse design shows a beaver on its dam. Both designs are yellow on a blue field.