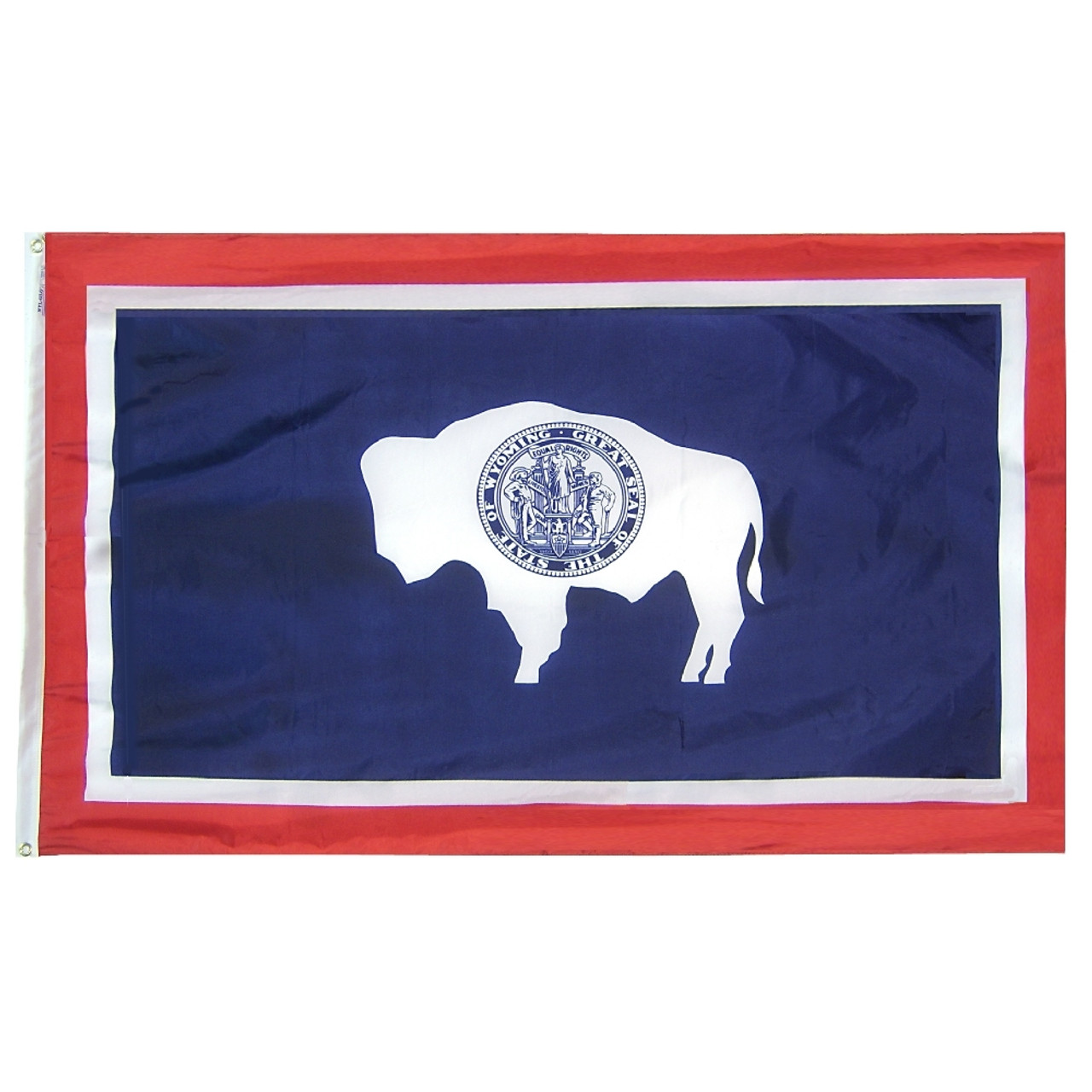 The Wyoming state flag was designed by Mrs. A.C. Keyes and adopted by state legislature in 1817. It consists of the state seal seemingly branded on the hide of a white bison facing the hoist on a blue field bordered by a white and red stripe. The seal shows Victory holding a scroll proclaiming "Equal rights" standing between two columns. Ribbons bearing the names of some chief products of the state swirl around the columns. A cowboy and a miner with a shield of the U.S. between their feet also appear.