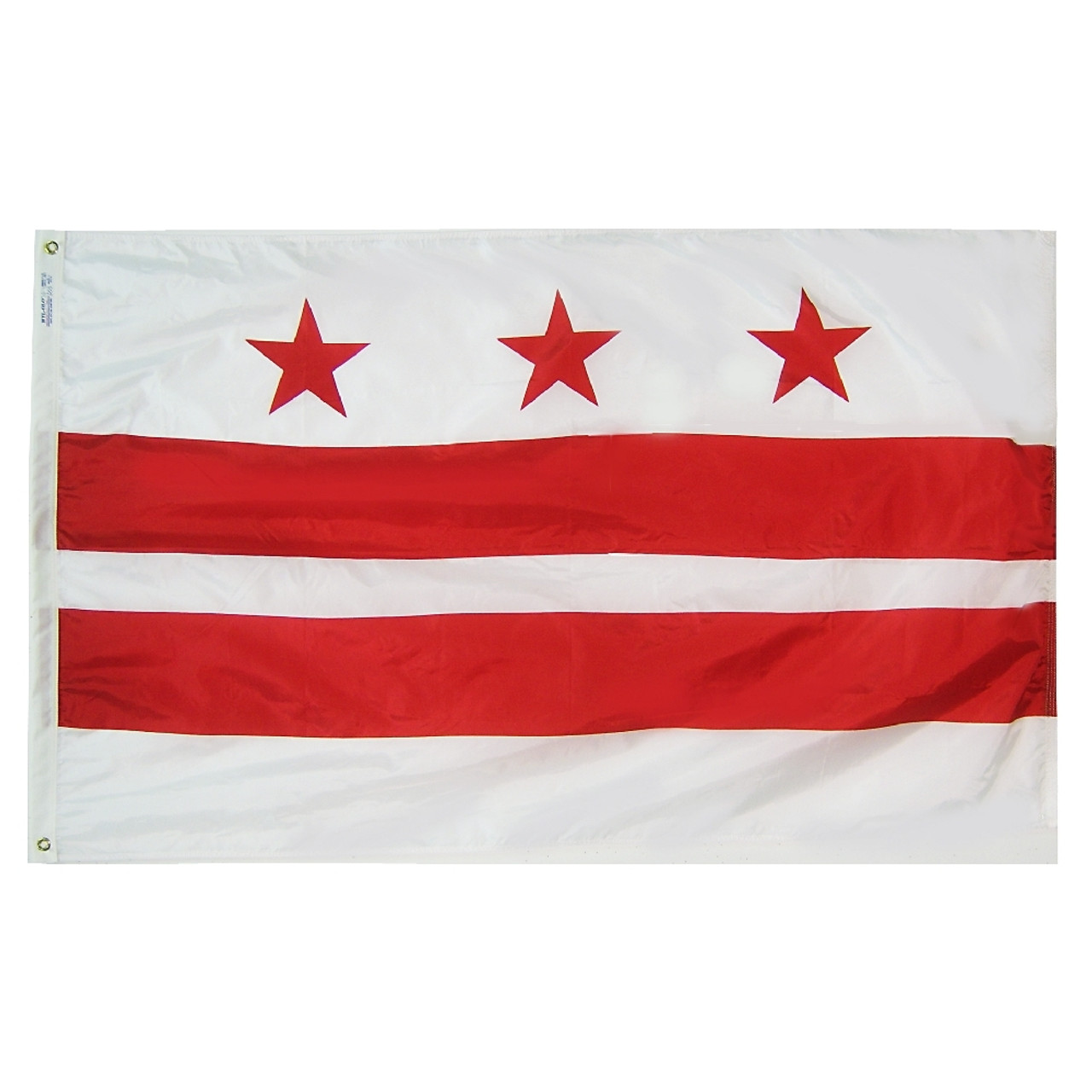 The Flag of the District of Columbia consists of three red stars above two red bars on a white background. It is an armorial banner based on the design of the coat of arms of George Washington first used to identify the family in the twelfth century, when one of George Washington's ancestors took possession of Washington Old Hall, then in County Durham, north-east England. As elements in heraldry, the stars are properly called mullets.