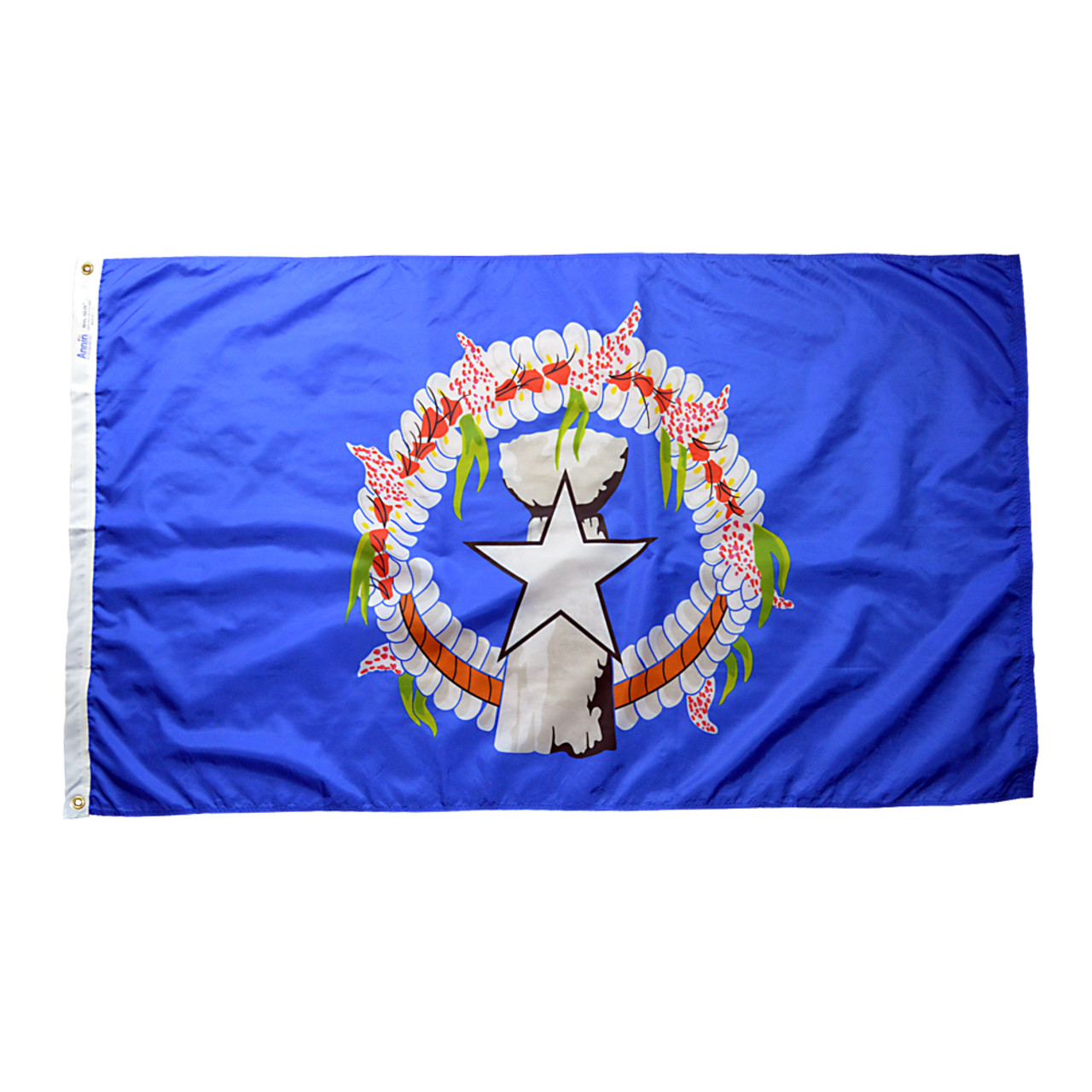 The flag of the Northern Marianas has a blue background with a white star on it. The flag has the symbol of a latte stone just behind the star which forms the foundation of a Chamorro house.  The wreath on the flag of Northern Marianas was incorporated in 1981 and it has come to represent the relation between the group of islands and its history.