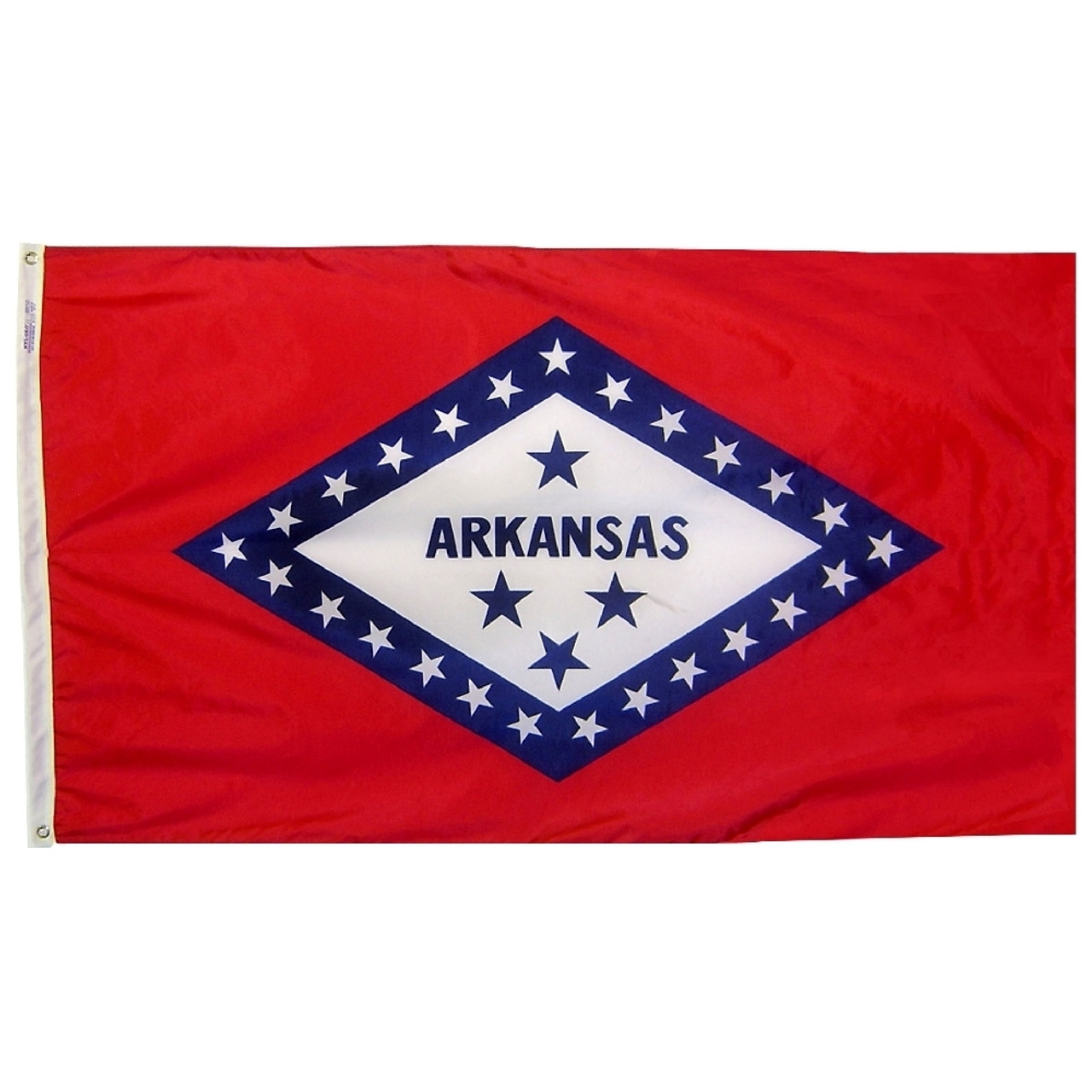 The flag of Arkansas is also a reminder of the Confederate Battle Flag with its blue diagonals and white stars and was created by one of the Daughters of the American Revolution, Miss Willie Hocker. The three blues stars in the center represent the three states that were created from the Louisiana Purchase of 1803, Arkansas included. The blue star above first appeared in 1924 and represents Confederacy. The twenty-five white stars are a reminder that Arkansas was the twenty-fifth state to be entered into the Union. The red, white, and blue colors of the flag represent both the Confederacy and the tricolors of France.